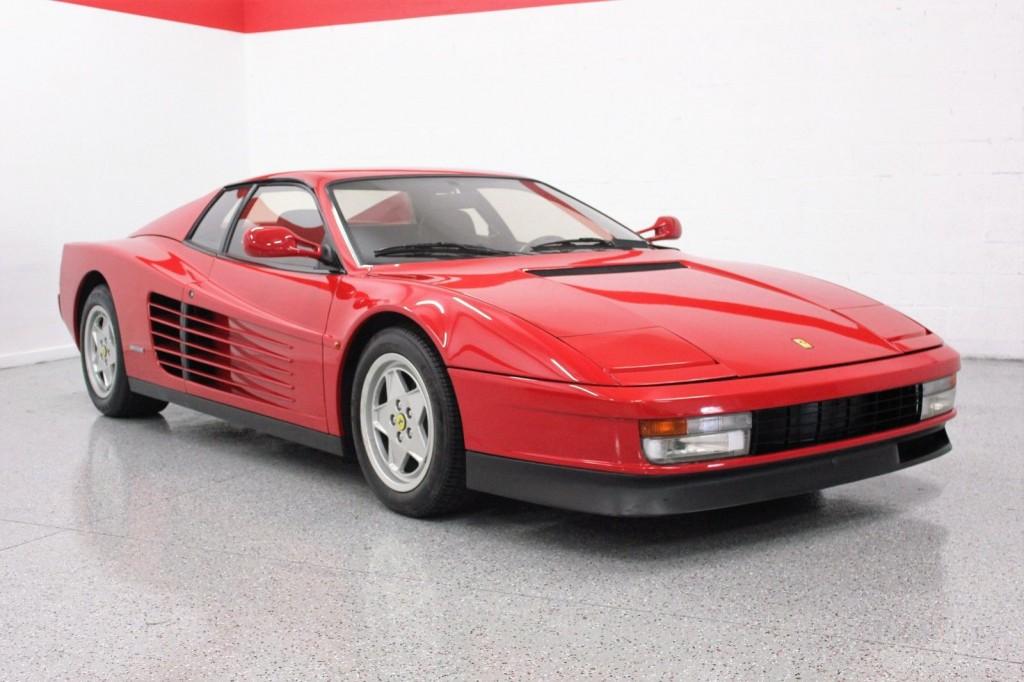 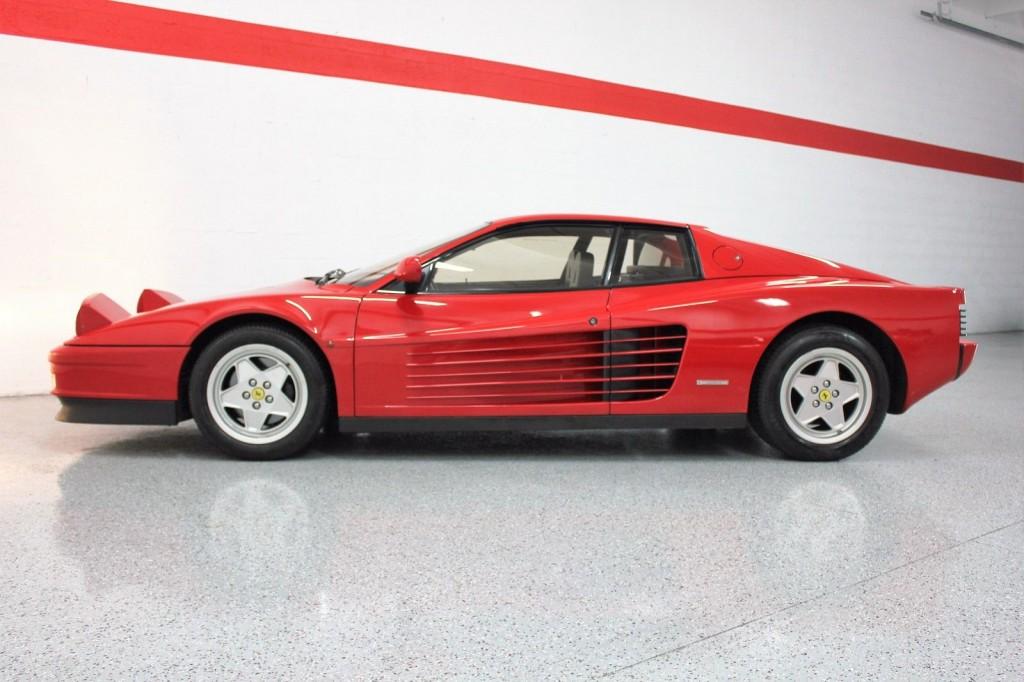 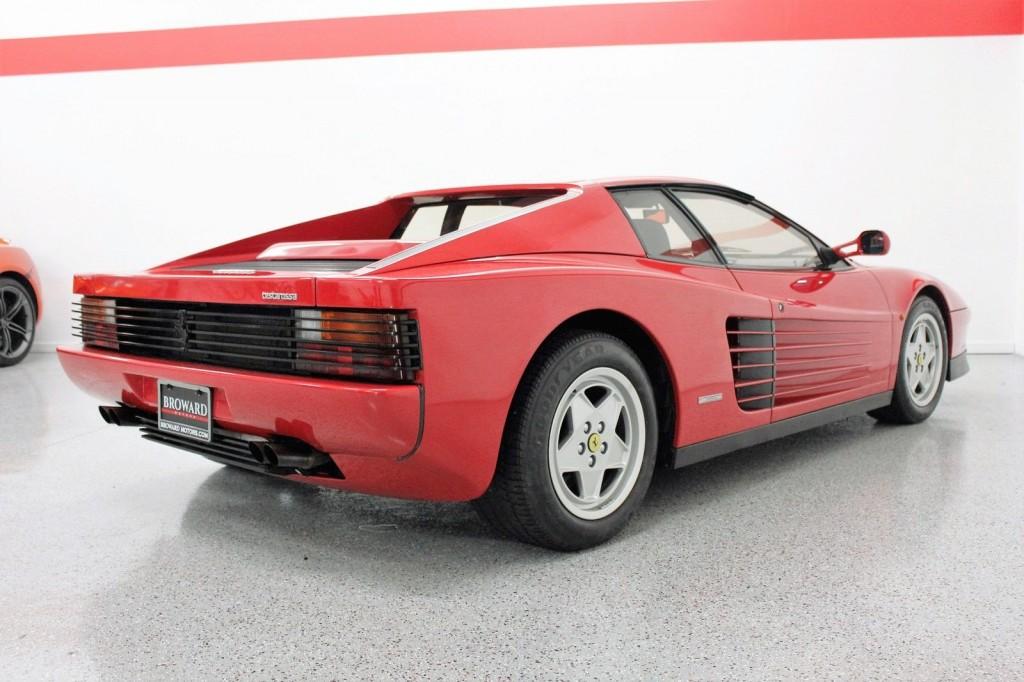 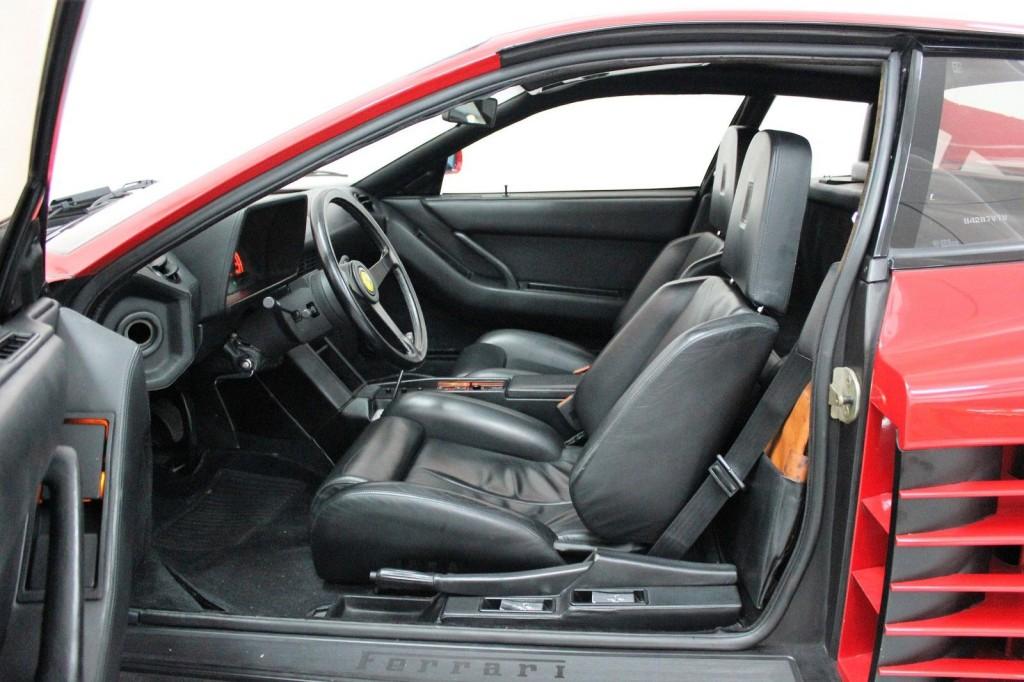 1990 Ferrari Testarossa in original Red and Black with only 18,799 miles. The glorious Testarossa name returned in the Ferrari line-up at the Paris MotorShow in October 1984 as heir to the 512 BBi. Pininfarinas design broke somewhat with tradition and was striking and innovative. The side intakes were larger than on the previous model and this constraint saw the introduction ofthe long side strakes that would become the Testarossas most recognisable feature. The evolution of the 12-cylinder boxer engine saw it equipped with four valves per cylinder: the most powerful engine mounted on a production sports car at the time of its launch, 380bhp @ 5750rpm for US market models. The model remained in production with very few visual alterations for sevenyears until the end of 1991, when it was replaced by the 512 TR, during which time 7177 examples were built in the chassis number range 53081 to 91923. This comes complete with books and tools, in immaculate conditions, fully serviced  and ready for your enjoyment. 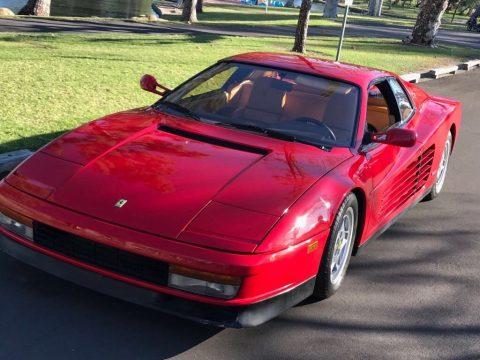 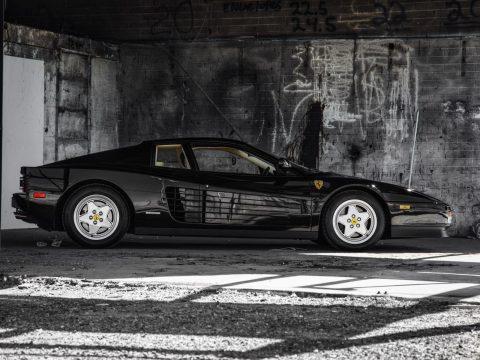 We love Ferraris! We curate the most interesting Ferraris for sale almost every day.

Do you share the same passion as we do? You are more than welcome to join us!

This website is not in any way connected to any of the brands or websites it links to.

This site uses cookies to deliver its services, to personalize ads and to analyze traffic.
By using this site, you agree to its use of cookies.
Learn more